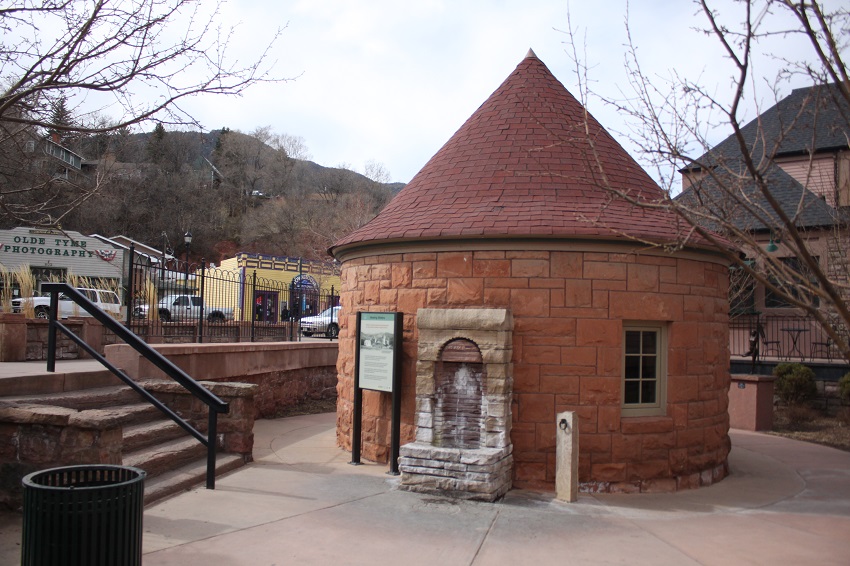 Thirsty? Head to Manitou Springs and look out for the few “mineral springs” that exist among the town.

It is said that 9 or 10 springs originally existed and later 50 springs and wells were drilled, but much of this has been buried and built over.

The springs that do still exist contain various amounts of natural minerals from below the surface of the Earth. It is said that the dissolving of limestone results in carbon dioxide, causing the water to be “effervescent” and rise naturally to the surface. On its way up, the water will also pick up sodium bicarbonate, or “soda”, so the water is naturally carbonated like a soda you would buy from the store. 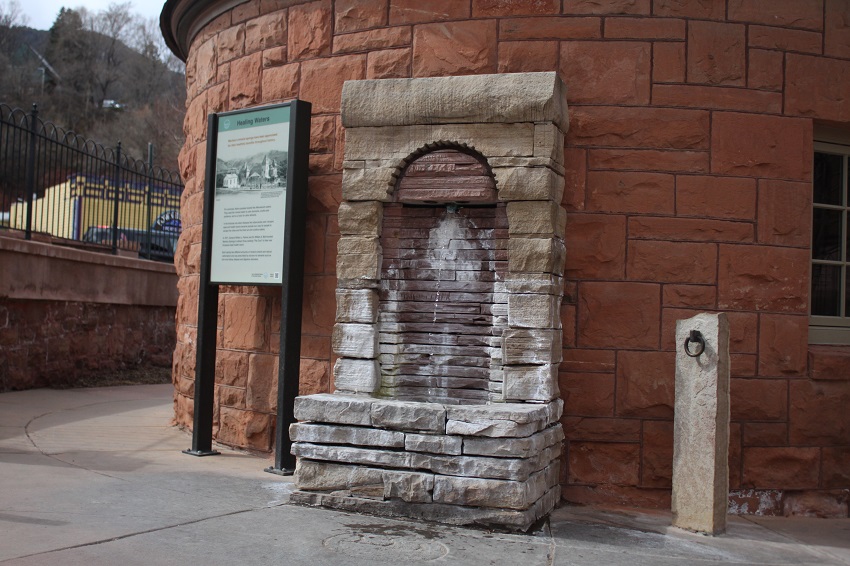 At first, the water may taste strange and you may find it difficult to “chug” if you are one to usually take large gulps of water. Though, in short time, you may find yourself craving the water, missing its “taste” and actually preferring it over some other water sources.

It is said that Natives to the land used the water to bathe and to “heal” before having it taken away by men who sought to build resorts for currency and later build over the springs themselves.

Pictured is the Shoshone springs.

Though “tasty” and maybe even somewhat “healthy”, drinking water only from one of these mineral springs will dehydrate you. Make sure you are drinking a fresh source of mountain water on the side. ;)